Recently a fellow photographer on a Senior Portraits  Facebook group challenged the members to step out of their comfort zone, take some images you’ve never done before, and then share them.     One of my currently Class of 2015 senior models Gracie is a lifeguard, so I asked her if we could do some underwater images in a long dress.    Her mom graciously offered to allow me to use her GoPro for the shoot (rather than the little underwater point and shoot I was planning to use).    So, we set a date and met at the pool.

Sadly, it was an overcast day, and thus the water was cloudy.   But Gracie was a sport and continued to dive and attempt a pose and not drown for an hour.   Trust me, she was exhausted by the end of that hour.    Because she was posing beneath the surface of the water, she had to blow out all her air to get down into the water, then pose, wait for me to snap, and resurface.     The weight of the dress made the resurfacing part a bit harder and she suffered for it.

Another challenge is learning to work with the GoPro camera.   This little adventure camera is so much fun, but there is no viewfinder or LCD (I’ve heard those are add ons you can purchase).    So, I was aiming blindly and hoping to get the shot.   The camera also has a bit of a fisheye effect, so I had to make sure my subject was toward the center of the frame in order to avoid distortion.

I used snorkel gear in order to stay down and get the shot.   This was my first snorkel experience and it was a bit of trial and error during Gracie’s session, but it did make it easier to go down, get ready and wait as she dove and released air in order to get the shot.

After I posted Gracie’s images on my social media, Chloe messaged me and wanted to do a similar shoot.    She purchased a sequined dress just for this photoshoot.   I warned her about the struggle to get the shots, and she assured me she was a good swimmer.   We also have three lifeguards that worked at the pool on hand during her session.   Thankfully, they weren’t needed.

So, once again, I was snorkeling and Chloe was diving and posing and we spent an hour shooting her session.    Gracie’s mom came and allowed me to use her GoPro again!   She’s awesome like that.     The weather called for 70% chance of rain, but it was sunny (go figure), so I was excited to see how much clearer the water was while shooting.    However, now there were shadows on the wall of the pool that I needed to take into account when shooting Chloe’s images.

I don’t know that this will be something I will be doing a lot of, but it was fun to play and I enjoyed the process.  I did learn something during each shoot and, if I ever do it again, will try new things to create a bit more dramatic images.

Here are a few of my favorites from both sessions.    I’d love to hear your comments! 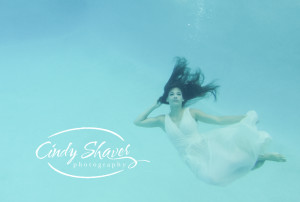 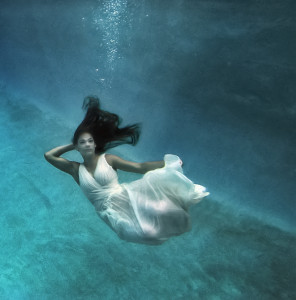 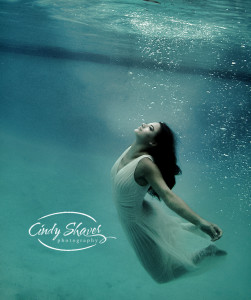 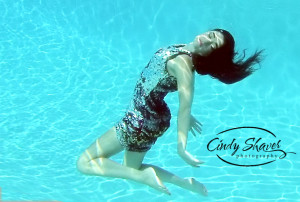 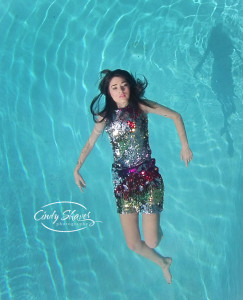 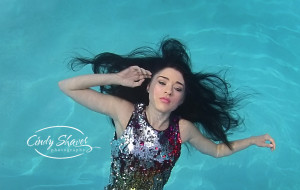 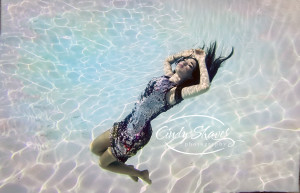